All About Dog Man 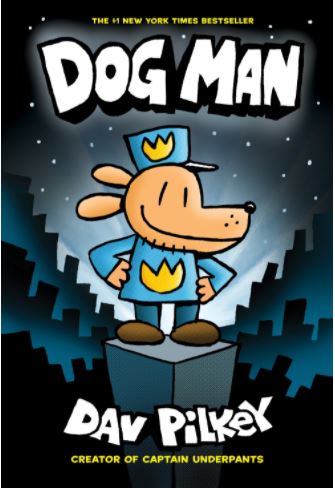 Imagine walking around on a regular day and seeing a criminal being chased by a police officer with a dog head. Well, you don’t have to imagine that, because we have Dog Man. Dav Pilkey, the author of the book, has made 8 Dog Man books and one more coming soon, that I’ll talk about at the end. Here’s the thing though, how was Dog Man created?

Here’s the story: One time there was a cop (Knight) and a police dog (Greg) who got hurt in a big explosion that was planted by the world’s most evil cat, Petey. As they were rushed to the hospital, the doctor had some sad news. According to him, Knight’s head was dying and Greg’s body was dying. When nobody could think of anything to do, the nurse had the idea to sew Greg’s head onto Knight’s body. After the big operation, a crime fighting sensation was created. That is the story of Dog Man. Now, we’ll go through a brief summary and talk about all 8 books (as well as the final 9th book coming soon). 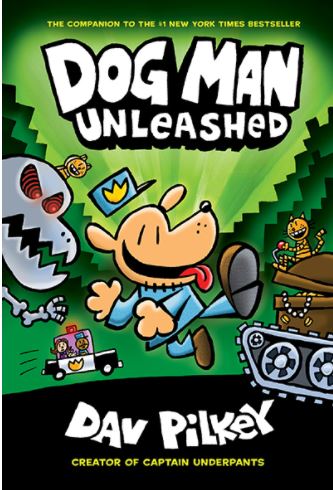 The second book in the Dog Man series is Dog Man Unleashed. This 10 chapter book is filled with action, laughs, and suspense. The book starts with all the cops (except Chief) having a secret meeting. That day, it was Chief’s birthday, so they were planning a surprise party. It was Dog Man’s job to buy him a fish, so he ran to the pet store.

There, he messes up the pet store and meets Sarah Hatoff, the world’s greatest news reporter. Afterwards, when all the presents were ready. They said happy birthday, and gave him his gifts. He got the fish and named it Flippy, and he also got some Super Brain Dots. He took one and slammed the door to go to lunch, making the container fall over, making Flippy smile an evil grin as he eats all the dots. There is then a masked supervillain who is stealing many things as even Petey unleashes his plans. The masked villain was revealed to be Flippy (who was now named Flippy the psychokinetic fish) who was defeated, and put into jail.